Discovering new art, especially pottery, is an important part of my experience when I travel. On a recent trip I learned about Peruvian pottery from the Incas and other indigenous cultures. Their artwork inspired new reflections on the important links between craft, culture and storytelling.—they’re links worth preserving.

People all over the world are shifting back to laboriously making things by hand. I see new ceramic studios, wood and metal workshops popping up all over the place. And they’re full of enthusiastic people—making useful and beautiful things.

Most of these things are also made by big industries and purchased cheaply in chain stores. So why do people still want to be makers?

One important reason is to leave a legacy. Each item made by a person’s hands tells a story about creativity, craftsmanship and about the larger society in which it was made. This connection with craft, culture and history has never been more apparent to me than on my recent trip to Peru.

The vessels and artifacts left behind by indigenous cultures are telling us a story hundreds or thousands of years after their making. It’s a story worth listening to.

Pre-Columbian cultures did not have writing systems. Therefore, we learn about their cosmologies, world views, religions, philosophies and ritualistic practices from their visual art.

We know about the existence of these cultures only because of the artifacts they left behind.

The first pottery in the Andes was produced hundreds of years before the Inca Empire. We know about the existence of these cultures only because of the artifacts they left behind.

For example, the Chavín culture (900 to 200 BC) and the Moche or Mochica culture (100 to 700 AD) on the northern Peruvian coast produced large quantities of pottery. Their work is characterized by anthropomorphic figures as well as animal faces and bodies. In fact, the Moche were the only artists to incorporate realistic facial expressions and produce realistic sculptures in Pre-Colombian cultures.

I created a short video with my collection of photographs taken of the sex pots and traditional Peruvian pottery.

Collection at the Larco Museum

According to Turner (2013), the sexual scenes “allude to fundamental cosmological relationships between the mountains and the coast and male and female, a rich metaphorical language concerning fertilizing fluids and the hydraulic cycle, and a set of beliefs pertaining to ancestor worship and the role of the deceased in relation to agricultural and human fertility.”

Some believe that the absence of vaginal sex indicates some form of gender equality in the Muche society. Women were more than just child-bearers whose value relied on their virginity.

There are many stories that can be gleaned from these artifacts. However, one thing is clear: this was a highly organized civilization that in some ways might have been more socially and politically progressive than the ones that came after it.

Unlike their predecessors, the Incas used geometric patterns, shapes and the heads of animals. The animals used in Inca designs had a significant spiritual importance. They represented the three stages of life (also known as the chakana or Inca Cross).

The condor represented a messenger from the heavens—light, stars, divine creatures and gods of the sky. The puma represented power, strength, Mother Earth as well as the present moment. Lastly, the snake represented wisdom and knowledge, the gods below the ground, the underworld or afterlife.

We know more about the Inca’s understanding of life and spiritual connections with nature thanks to the artwork they left behind.

What will we leave behind?

I have written here just a few details of what I learned about the Pre-Columbian cultures in Peru by studying the pieces of artwork that survived the Spanish invasion.

This experience inspired questions about what physical objects our modern societies will leave behind. What natural disasters and cultural invasions must those objects survive?

I hope that modern day makers can communicate something of value about our culture and beliefs. I’m afraid future societies will only see a story told by sterile machine-made objects and heaps of plastic. 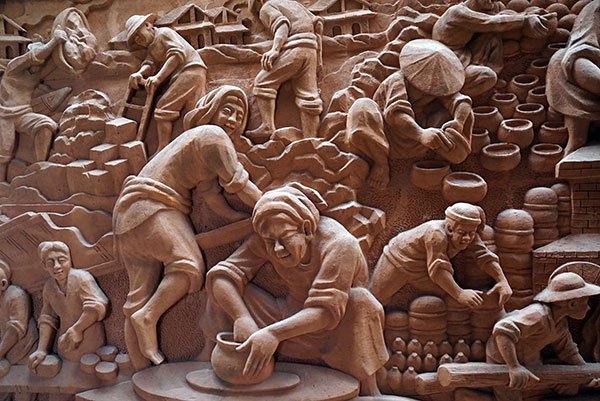 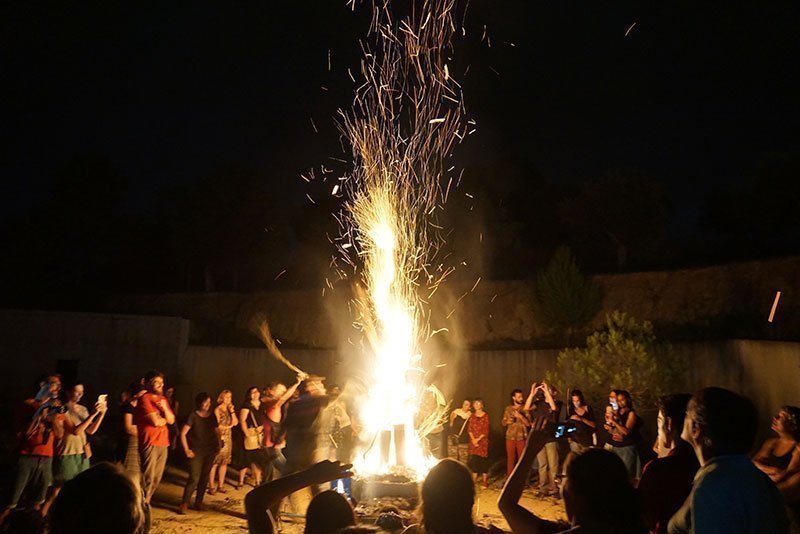 This site uses Akismet to reduce spam. Learn how your comment data is processed.

Shopping Cart
We use cookies on our website to give you the most relevant experience by remembering your preferences and repeat visits. By clicking “Accept”, you consent to the use of ALL the cookies.
Do not sell my personal information.
Cookie SettingsAccept
Manage consent

This website uses cookies to improve your experience while you navigate through the website. Out of these, the cookies that are categorized as necessary are stored on your browser as they are essential for the working of basic functionalities of the website. We also use third-party cookies that help us analyze and understand how you use this website. These cookies will be stored in your browser only with your consent. You also have the option to opt-out of these cookies. But opting out of some of these cookies may affect your browsing experience.
Necessary Always Enabled
Necessary cookies are absolutely essential for the website to function properly. These cookies ensure basic functionalities and security features of the website, anonymously.
Functional
Functional cookies help to perform certain functionalities like sharing the content of the website on social media platforms, collect feedbacks, and other third-party features.
Performance
Performance cookies are used to understand and analyze the key performance indexes of the website which helps in delivering a better user experience for the visitors.
Analytics
Analytical cookies are used to understand how visitors interact with the website. These cookies help provide information on metrics the number of visitors, bounce rate, traffic source, etc.
Advertisement
Advertisement cookies are used to provide visitors with relevant ads and marketing campaigns. These cookies track visitors across websites and collect information to provide customized ads.
Others
Other uncategorized cookies are those that are being analyzed and have not been classified into a category as yet.
SAVE & ACCEPT
Scroll to Top